One of the items on my Long Island “bird”  bucket list was to see a snowy owl, a friend of mine has seen one for the past few winters and I was hoping to be as lucky.  WELL  today was my lucky day.   Headed down to the Hamptons area early on this cold but promised to be a sunny day.  I have been to this beach during the summer, but my first trip in the dead of winter…looks very different.  My hope was to find a snowy owl but was happy to be out and see what I could find.   First sighting was a sandbar filled with seals… not very good shots as they were in the distance quite a ways…. 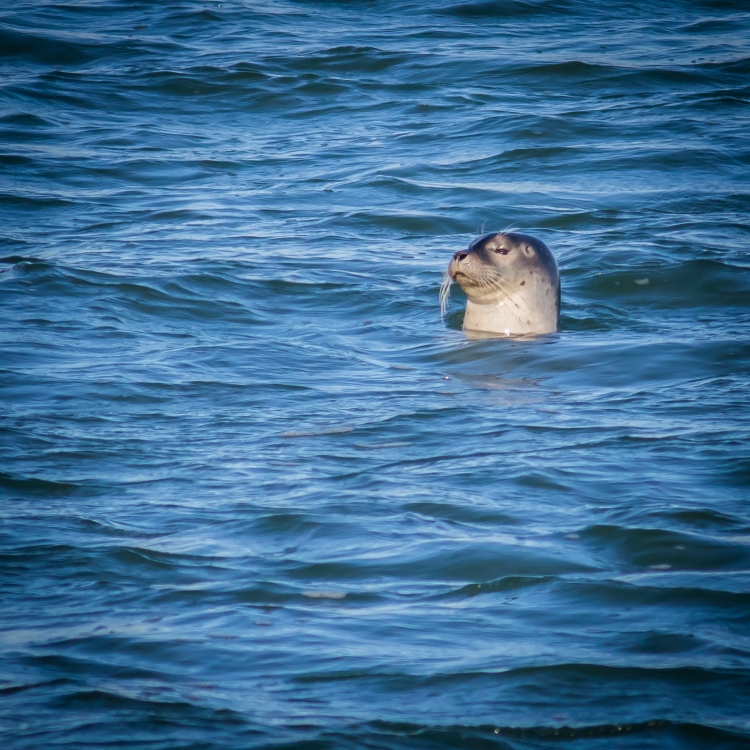 Then I as I was scouring the landscape there was a brightish something that just didn’t seem right….so sure enough as I got closer and looked through the 300 mm lens there she was!  I was so thrilled!  Took a few shots, walked closer, took a few shots walked closer  🙂  you photographers know the drill, have to capture an image even if it is only a record shot and hopefully eventually get that great shot!!

Well did get some good shots, but I think between the extender and the fact that I was so cold I was probably shaking the camera they are not as clear as i would have liked…but happy to have captured this pretty immature female Snowy Owl!